Menu
Home > Should You Convert Your IRA to…

Should You Convert Your IRA to a Roth? 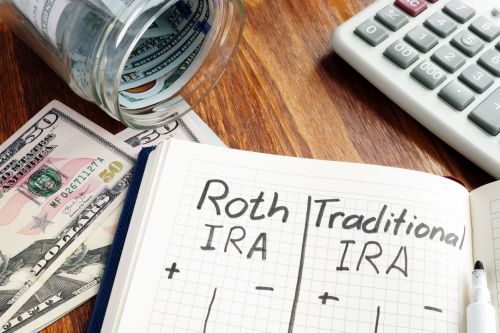 Prior to 2010, only taxpayers with an adjusted gross income (AGI) of less than $100,000 had the ability to convert their non-deductible or deductible Individual Retirement Accounts (IRAs) to a Roth IRA. In 2010, however, Congress extended that option to all taxpayers, regardless of income. Should you convert your IRA to a Roth? And what are the things you should consider?

The opportunity to let your money continue to grow tax-free in an account, and to take tax-free withdrawals only when you choose, is tempting. Given the chance, why wouldn’t you convert your IRA to a Roth? In essence, because there is a lot more involved in the calculation than those two factors.

Tax Considerations Before Converting Your IRA to a Roth

Should you choose to convert from a traditional IRA to a Roth IRA, the money you convert will be taxable now. A primary question you are dealing with is whether you want to pay taxes now, or pay them later when you make withdrawals. There are a number of factors that will bear on that decision.

One factor is your current tax bracket. If you are temporarily in a lower tax bracket, say, due to a job loss or divorce, but have reason to believe that your tax bracket in retirement will be higher, it might make sense to convert to a Roth now and pay tax at the lower rate.

Be aware that the act of converting could move you into a much higher tax bracket, because the amount of funds you convert is added to your taxable income for that year. So even if your earnings are only $25,000, if you convert $250,000 in funds into a Roth, your income has jumped to $275,000.

Since you will have to pay taxes upon a conversion, it is important to consider whether you have the liquid assets to pay those taxes with. If you are under age 59 ½, and you must use money held in the IRA (as opposed to money from earnings or other accounts) to pay the tax on the conversion, you will have to pay a 10% penalty to the IRS. That’s $5,000 down the drain on a $50,000 conversion.

You may want to convert because you believe you will have greater revenue, but the conversion of an IRA to a Roth is a revenue-neutral act. You may pay less in taxes now on conversion, or more later on withdrawal, but the net after-tax value of the account will be the same if your tax rate remains the same between now and your retirement. Of course, there’s no guarantee that your tax rate will remain the same. It could go up, in which case converting now might be very smart; it could also go down. Obviously, there’s no way to be certain what will happen.

Other Considerations When Converting Your IRA to a Roth

Aside from its effect on your income tax, there are some other things you should take into account when deciding whether to convert your traditional IRA to a Roth. For instance, if you are younger than 59 ½ and convert a traditional IRA to a Roth, you cannot withdraw those funds for five years without taking a hefty 10% penalty. There are some limited exceptions, but if you think you might want to access those funds, conversion might be a bad idea.

Also, if you have a child who is applying for financial aid for college, remember that aid is based in large part on income, and a conversion to a Roth IRA is considered income in the year of the conversion. As a result, your income could be artificially inflated for the purposes of calculating financial aid, and your child might get shut out of financial assistance he or she would otherwise qualify for.

The decision whether to convert a traditional IRA to a Roth is, in a nutshell, a complex one. It is heavily dependent on your personal goals and circumstances. Before you decide whether to convert, speak with an elder law professional who can help you see the big picture, weigh the pros and cons, and make a decision that is right for your needs. We invite you to contact our law office to schedule a consultation.

In regards to Covid-19,  We are reviewing the best guidelines for our city and state for how

we should conduct business and plan to update this message as soon as we can.

Please call our office(s) to get learn how we are engaging with current clients and new at this time.