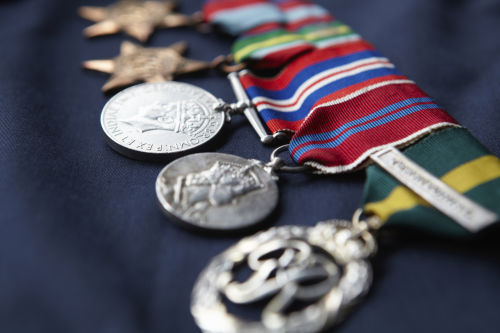 Earlier in 2015, the Department of Veteran Affairs issued proposed changes to the regulations affecting VA Pension eligibility, a needs-based program. The proposed regulatory changes come after Congress failed to pass two bills to make similar changes. In this article, we outline how these proposed changes will affect wartime Veterans and surviving spouses of wartime Veterans once implemented sometime early next year.

There is a disability requirement for the VA Pension benefit, which is satisfied if the Veteran is sixty-five (65) years of age or older, or permanently and totally disabled. If the Veteran or surviving spouse has additional medical needs then additional allowances (e.g. – increased pension amount).

An applicant for VA Pension must also meet certain financial requirements. The current law reads that an applicant’s net worth must not be excessive, when taking into consideration all of the applicant’s circumstances (i.e. - life expectancy, age, income expenses, etc.). The VA must be convinced that the veteran as an insufficient net worth to last them there lifetime based on the current rate of asset depletion. As applied by the VA, it is a very subjective standard.

The financial rules also require that household income must be less than the benefit the applicant is seeking; however, income may be reduced by out-of-pocket medical expenses.

See the VA Benefits page on our website for a more detailed explanation of this program.

The proposed changes include a definitive limit on “net worth” that an applicant is allowed to have when qualifying for VA Pension benefits. The limit is the same as the maximum community spouse resource allowance (CSRA) for Medicaid purposes (currently $119,220). This amount would increase annually at the same rate as the cost-of-living increase for Social Security benefits.

The proposed regulations define assets as, “fair market value of all property that an individual owns, including all real and personal property, unless considered an excluded asset, less the amount of mortgages or other encumbrances specific to the mortgaged or encumbered property. VA will consider the terms of the recorded deed or other evidence of title to be proof of ownership of a particular asset.”

A primary residence, whether or not the claimant resides there, is an excluded asset for calculating “net worth” and will continue to be so under the proposed regulations. However, the proposed rules cap the “reasonable lot area” that the home sits on at 2 acres, a limit that does not exist under current law.

Transfer of Assets and Penalty Periods

The proposed regulations include the addition of penalty periods for assets that an individual transfers prior to applying for VA Pension. Any “covered assets” (ones that are used in calculating “net worth”) that are transferred will be subject to a penalty period. The penalty provisions are not limited to actual gifts, but also apply to the purchase of an annuity or a transfer to a trust (revocable and irrevocable).

For example: A married Veteran applies for VA Pension with an aid and attendance allowance. The monthly benefit he is trying to qualify for is $2,120. During the past 3 years, the Veteran contributed $11,000 to The Salvation Army, a nonprofit organization. He also gave his two children $1,000 on each birthday the past 3 years. As a result of the charitable contribution and the cash gifts to his children ($17,000 total in 3 years), this Veteran will be penalized for 8.02 months when he applies for VA Pension.

The actual penalty period (the time period that the claimant will remain ineligible for the Pension benefit due to the transfer) may not be longer than ten (10) years. The penalty period will be calculated by using the amount of the transfer over and above the “net worth” limit and dividing it by the maximum annual Pension rate. This penalty period begins to run the month after the last transfer was made.

The gift penalty can be reversed by the complete return of the gift. However, under the proposed regulations, the gift must be returned within 30 days of submitting the application. Since the VA often times takes more than six months to process an application, some Veterans may not be made aware of the imposition of the gift penalty until well after the period of time when they are able to reverse it.

The lookback period for all transfers, is thirty-six (36) months immediately preceding the date of application for the VA Pension benefit. There is a presumption that any transfer made during this thirty-six (36) month period of time was made for the purpose of qualifying for the VA Pension benefit. As an exception to this presumption, the claimant must prove by clear and convincing evidence that the transfer was the result of fraud, misrepresentation or other bad act in the marketing or sale of a financial product. Otherwise, the presumption is non-rebuttable.

In the example above, the Veteran, whose transfers had nothing to do with VA Pension eligibility, would not be able to rebut this presumption and would have to take the penalty imposed.

Medical expenses are those that are either medically necessary or improve a disabled individual’s functioning. These medical expenses are deducted from income. This becomes more complicated when the claimant is receiving home care or is in an independent or assisted living facility, as the proposed rules seek to limit the circumstances under which room and board expenses may be counted, as well as the amount paid. There are very specific rules as to which services qualify as medical expenses and the claimant will have to be able to identify those in his/her application.

The proposed rules also limit the hourly amount that can be paid to a home health care provider. The amount is based on a national average (currently $22.00/hour), rather than local costs for care.

When Will the Final Regulation Be Issued?

The VA has not indicated whether the rules will only apply to new applications for VA benefits. Therefore, it is not known how pending applications will be treated and whether existing VA pension benefit recipients will be grandfathered in under the old rules.

Our firm will certainly keep you apprised once the final rules are implemented.

Obviously though, these rule changes make it extremely important for seniors doing their estate planning or who are considering applying for VA benefits to talk to a qualified elder law attorney. 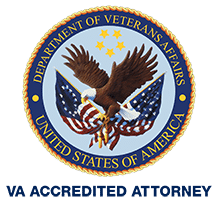 Fill out our online form
Menu

In regards to Covid-19,  We are reviewing the best guidelines for our city and state for how

we should conduct business and plan to update this message as soon as we can.

Please call our office(s) to get learn how we are engaging with current clients and new at this time.